Repeal was Momentous but a Better Service is Needed 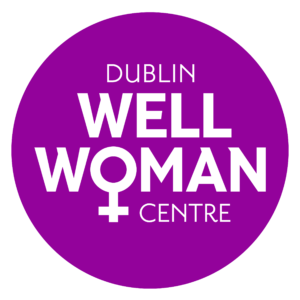 This Saturday May 25th will mark a year on from the decisive result to repeal the Eighth Amendment and the Dublin Well Woman Centre (DWWC) is calling on the Government to make urgent changes to safeguard the wellbeing of patients and staff alike, and to make the service more accessible to those experiencing a crisis pregnancy.

Since January, the DWWC has been providing early medical abortions (EMAs) in its clinics. Until the end of 2018, the only assistance given to women in Ireland seeking a termination was to provide information, non-directive counselling and after-abortion medical check-ups. This meant thousands of women had to travel to receive this healthcare; and while this is no longer an issue for most, there are still concerns in relation to some women who cannot access the service at local level.

Commenting on the matter, DWWC Chief Executive Alison Begas stated: “Last May was a momentous time for the country, where together we made history after a long struggle for women’s reproductive rights that lasted 35 years. Since January, we have been providing a non-judgmental, caring and supportive medical services to those seeking our help during a crisis pregnancy – but it hasn’t been without complications.”

Alison continued: “We have been dismayed by the lack of urgency regarding the introduction of exclusion zones – safe zones for people accessing abortion services at GP offices or hospitals – which should have been implemented in tandem with the legislation. This is crucial for those already going through the traumatic experience of a crisis pregnancy, as well as the safety and wellbeing of clinic staff. Harassing patients and staff is not acceptable under any circumstances and there should be no more delaying this.”

DWWC is also seriously concerned about the various difficulties which have resulted from the three-day mandatory waiting period between the first and second visits for an EMA. Numerous organisations, including DWWC, raised this as a concern during the drafting of the legislation and unfortunately these concerns have come to pass.

There is an understandable lack of awareness that a pregnancy is dated from the start of the last menstrual period, while conception usually takes place about two weeks after, meaning that those in a crisis pregnancy are often further along than they had realised when they start looking to access services. In such circumstances, the three-day waiting period can be the difference between receiving compassionate healthcare at home or having to make the lonely, unsupported journey abroad. Added to that, there is no medical reason for this waiting period and so this is causing unnecessary disruption and stress to people who are already extremely distressed.

Alison finished: “Having championed women’s sexual health for over 40 years, DWWC was proud to be a member of Together for Yes, and it was breath-taking to witness the resounding result that changed Ireland for the better. However, the campaign for improved reproductive healthcare isn’t over.  We need to see provision of an effective programme of free contraception – including LARCs – and we won’t stop pushing for progressive change until all those experiencing a crisis pregnancy can feel safe accessing a service that doesn’t impose unnecessary delays.”

Anyone experiencing a crisis pregnancy can contact the HSE My Options freephone line on 1800 828 010 or any of the DWWC clinics.