Law on Crisis Pregnancy in Ireland

There are a wide variety of reasons which will impel a woman to define her pregnancy as a crisis pregnancy, and to consider terminating that pregnancy.

In some cases, she will have experienced contraceptive failure.  In other cases, she and her partner may not have planned to have sex, and will not have used contraception.  In other cases, a pregnancy may become a crisis due to the diagnosis of a serious foetal abnormality, or due to other changes in the woman’s personal, family or health circumstances, or relationship issues.

Following the repeal of the 8th Amendment, which had given equal right to life of the mother and the unborn, abortion in Ireland is now regulated by the Health (Regulation of Termination of Pregnancy) Act 2018. This means that a woman may decide to have an abortion for her own private reasons during the first twelve weeks of pregnancy, and abortions may be provided in certain cases later in the pregnancy where the woman’s life or health is at risk, or if there is a case of a fatal foetal abnormality.

Following the passage of this legislation in late 2018, abortion services are now available in Ireland as of the 1st of January 2019. For women who have been pregnant for less than 12 weeks, the Dublin Well Woman Centre and other services can provide you with an early medical abortion. 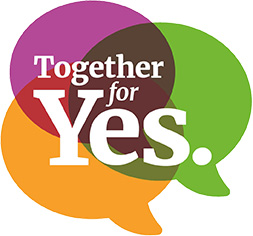 The Dublin Well Woman Centre was part of the effort to repeal the 8th Amendment which had effectively banned abortion in Ireland and had caused tens of thousands of women to travel to access healthcare abroad. Over the course of that long journey, the Dublin Well Woman Centre brought a successful case to the European Court of Human Rights in the 1990s, which resulted in the right to give information on abortion to women, and we have advocated continuously thereafter for the rights of women to access safe and legal abortion in Ireland.

Please view some of our videos advocating for the repeal of the 8th Amendment below.